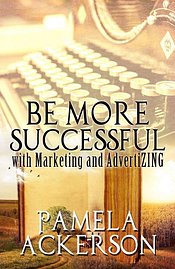 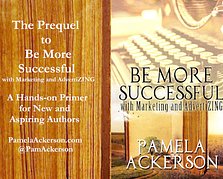 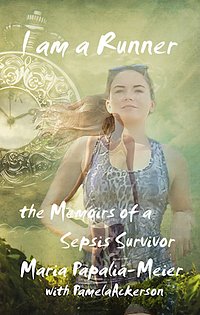 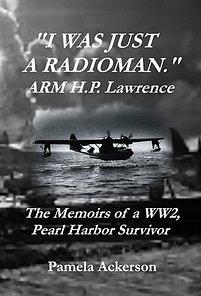 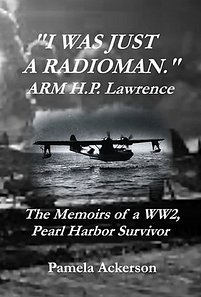 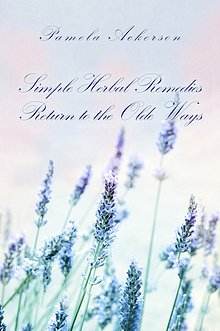 Time-tested proven formulas to skyrocket your exposure
Sell books with marketing and advertising techniques that can be used before you finish reading.

Focused mainly for authors and anyone in the publishing industry, there's an abundance of ideas and techniques that can be utilized to increase exposure. It's a Call-to-Action and is especially written to help you move into a positive forward motion.

Get your creative juices flowing and release all those ideas that are rolling around, begging to get out. It'll help you with the basic principles to build an effective marketing plan and be more successful. Get a fresh insight and understanding of how to reach your goals, and build the following you need to succeed.

Grab your copy today. Available in print and EBook.   Purchase on Amazon.

Have you run out of ideas? Hit a plateau in your sales? Are you banging your head trying to come up with marketing and advertising techniques that will get those sales started again?

Focused mainly for authors and anyone in the publishing industry, there's an abundance of information that can be utilized to increase exposure. It's a Call-to-Action and is especially written to help you move into a positive forward motion. There are ideas and techniques that can be taken advantage of before you finish reading.

Sometimes you just need a little nudge to get your creative juices flowing and release all those ideas that are rolling around, begging to get out. It'll help you with the basic principles to build an effective marketing plan and be more successful. Get a fresh insight and understanding of how to reach your goals, get your momentum going, and build the following you need to succeed.

Proof Positive that this book will help you sell more books:

For new authors, new to the industry, or wants to write a book.

A hands-on primer for aspiring authors and anyone in the publishing industry. A self-help book that will Bring the Zing to your book promotion and advertising by learning how to promote yourself.

Available in EBook only!  Purchase on Amazon.

I am a Runner

From running half marathons to being the sickest person in the hospital, Maria Papalia-Meier fought the river of death, and won.

Life changing moments, amputations, and negative thoughts refused to keep her down. With her rock-hard stubbornness, positive self-empowerment and persistence, she grabbed hope and unflinching faith to face the life handed to her. Her story offers an honest, tough-love approach to defeating pre-determined opinions, and self-imposed limitations. She refused to give up or give in.

This is her story.

Available in E-book and Paperback   Purchase on Amazon

Return to the Olde Ways

The hustle and bustle of modern day life has brought many of us to a quick fix attitude. This book is for those of you who are fed up, have looked at your life and your loved ones, and realized that the quick fix is no longer working.

Our bodies have built an immunity to most modern medications. Many have found themselves taking painkillers, vitamins, power drinks, etc. to no avail. You are over it. This is not how Grand-ma did it.

Simple Herbal Remedies is just that. It is a book for simple problems with simple remedies for the next generation. It is for people who are just starting out with herbs and natural healing; a learning book for those who have wanted to know what herb was good for a headache, cramps, nausea, or insect bites, etc.

Return to the Olde Ways and see how the earth can take care of you, nature’s gentle medicine for a happier, healthier life.

Welcome to the Wonderful World of Herbs

Chief ARM Henry P. Lawrence was awarded the Distinguished Flying Cross, three Air Medals, the Navy Unit Citation, the Philippine Liberation Medal, and Air Crew wings with three stars. He was authorized a total of seven stars on his Asian Pacific Ribbon. He returned home in 1945 as Chief ARM. He was also recommended for the Silver Star, but that was not awarded.

After the war, Henry P. Lawrence spent another eighteen years in the Navy Reserves, leaving the service as a Master Chief Petty Officer.

Get the audiobook FREE  I Was Just a Radioman  FREE when you sign up for a 30-day free trial with Audible.com!

Jesse Dornan is the narrator. You can find Jesse on Facebook and on ACX.com if you're interested in creating an audiobook or needing a voice-over actor. You can also find him on Voices.com.

I Was Just a Radioman

Look!! How awesome is that? Woohoo!!

"I WAS JUST A RADIOMAN"

We heard those words for years growing up. None of us understood, never really got the impact of what he was saying…until we were adults.

Being the why child, I tended to ask a lot of questions. It didn’t change when I got older. Actually, to be honest, it probably got worse.

However, his answers changed. They weren’t as vague or non-descriptive as they were when I was younger. My father started opening up, just a little, about the war. He started talking about WW II, being a Pearl Harbor survivor, and his experiences during that time. When he’d asked me to help him with his memoirs, I readily agreed. I would help him put it all in writing, so the world could hear his story.

He worried that people would forget the horrors. He didn’t want people to forget…

It’s been almost 80 years since the attack on Pearl Harbor. It’s time to remind people of those times, so we won’t ever make the same mistakes again.

It’s time to introduce you to my hero.

"I WAS JUST A RADIOMAN"

This is a collection of Henry Lawrence’s memorabilia. Photos, insignias, names, rosters, and more have been added to the youtube videos.

This will be a great place to get information that’s not easy to find. To some WW 2 history buffs, it’ll be a smorgasbord of information. Perhaps you may find a relative or neighbor in the mix.

Their hearts were strong, and their courage endless.
Pearl Harbor survivor, Black Cat radioman, and decorated WW 2 veteran. ARM H. P. Lawrence, tells the true story of the fight against the Japanese in this compilation of his memoirs.

One of only a handful of non-Native American code-talkers, H. P. Lawrence became a member of an elite fighting force, the Black Cats. Flying in their nocturnal missions, the Cats claws were sharp and their aim deadly.

From devastation to victory, the story of these brave men−the deadly, mysterious, and illusive Black Cats is a journey into the past where nightmares came true and hatred reigned. A time in history we should never, ever forget.

The day which will live in infamy…was just the beginning.

Grab your copy today on Amazon. Available in Hardcover, Paperback, E-Book, and Audio.